How can a resurgence in the death penalty be prevented?

Although, overall, States are moving towards abolition, a number of governments have recently reintroduced the death penalty or widened its application, including Chad, Jordan, New Guinea, Pakistan, and the Philippines. They have justified doing so on a variety of grounds, but particularly to combat terrorism and the spread of drugs. Mr Yuval Shany began by describing the legal context, notably the UN Human Rights Committee’s interpretation of the International Covenant on Civil and Political Rights (ICCPR), before speakers examined the situations in Cameroon, the Philippines, and Mauritania, three countries that have restored or are seeking to restore the death penalty for certain crimes.

The UN Human Rights Committee’s interpretation of the ICCPR 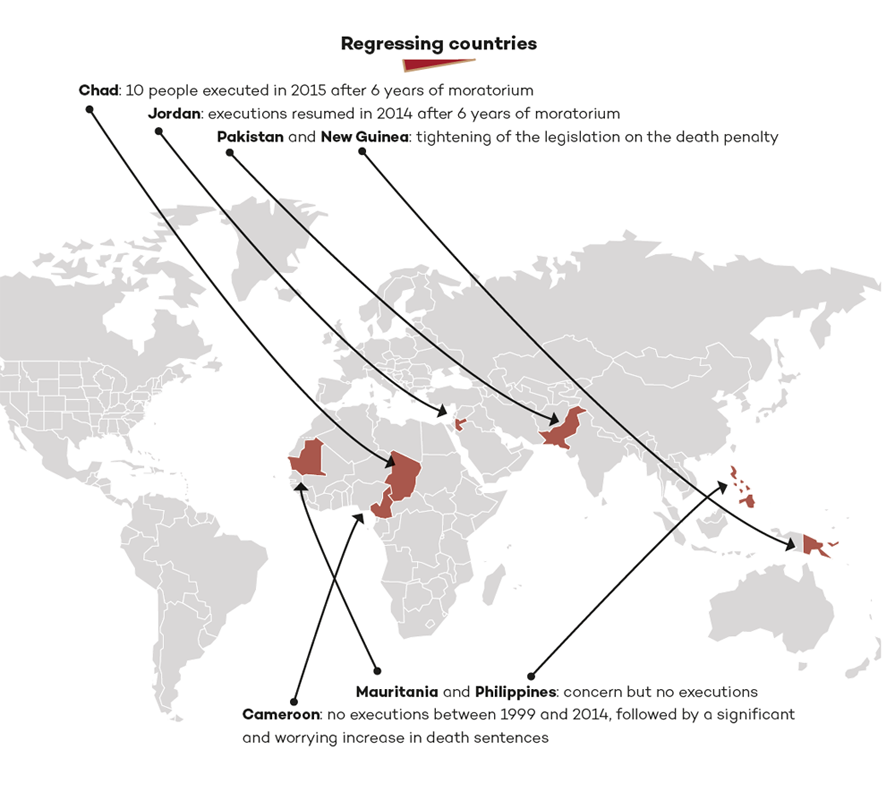 Among French-speaking countries, Cameroon has sentenced most people to death, and the number of death sentences pronounced has risen. Capital punishment was introduced to Cameroon in the colonial period, but no executions occurred between 1999 and 2014, although the death penalty remained in the Penal Code. Since 2014, however, following changes in the country’s anti-terrorism laws (after killings by Boko Haram), Cameroon courts have sentenced more than three hundred individuals to death. An additional legal reform in 2017 enlarged the power of military courts to impose death sentences.
Although the Government has justified these changes on security grounds, the new laws do not define terrorism and have been used for political objectives.
Ms Sandrine Dacga concluded that civil society and the international community need to bring pressure on Cameroon’s government to reduce the imposition of death sentences and eventually abolish capital punishment.

In the Philippines, capital punishment was authorized after independence and its use increased under President Marcos (president from 1965 to 1986). A moratorium lasted from 1987 to 1999 but executions resumed between 1999 and 2006. The Philippines ended capital punishment in 2006, after ratifying the Second Optional Protocol to the ICCPR. However, the law in question includes a provision that permits the Congress to reintroduce it.
Before and after his election in 2016, President Rodrigo Duterte promised to reintroduce the death penalty, notably for drug crimes. This promise attracted many voters and helped him win the election. Today, this issue remains high on the political agenda, alongside proposals to reduce the age of criminal responsibility.
The Human Rights Commission recently published a survey of political attitudes in the Philippines. Its results were interesting. It revealed first of all that the majority of Filipinos are not in favour of the death penalty. 70% of those polled believed there are better alternatives and only 30% actively supported capital punishment. Moreover, support for the death penalty fell after people received information about it. It showed further that many of those who support the death penalty are influenced by ‘fake news’. The poll provided evidence that social dialogue and continued advocacy will influence attitudes and increase support for abolition.
The Government has made legal proposals for reintroducing the death penalty. These have been approved by the lower chamber but blocked in the Senate, on the grounds that they do not comply with the Philippines’ international legal obligations.

Mauritania applies a moratorium but, in practice, death sentences continue to be imposed. In addition, Mauritania reintroduced mandatory death sentences for certain crimes, including blasphemy.
Ms M’Baye described the case of a young blogger sentenced to death on grounds of blasphemy because he had condemned slavery and discrimination, especially against the blacksmith caste, to which he belongs.
She concluded by saying that the main challenges in Mauritania are the absence of space in which to discuss the death penalty, lack of freedom of expression, and fear. She nevertheless expressed some hope of progress, because Mauritania’s newly elected President has made statements in support of human rights.

All the speakers emphasized the importance of solidarity and networking, within countries and internationally, to prevent governments from reintroducing the death penalty or hardening and widening application of the death penalty.