This session began by reviewing some of the rapid changes that are affecting advocacy on the death penalty, before hearing about work in Taiwan to reach out to the public. The participants then divided into four groups. Each group considered strategies that might be effective at local, national, regional, or international level. The groups were asked to identify the actors at each level, evaluate the context, and then develop a strategy. The groups reported back as follows below. 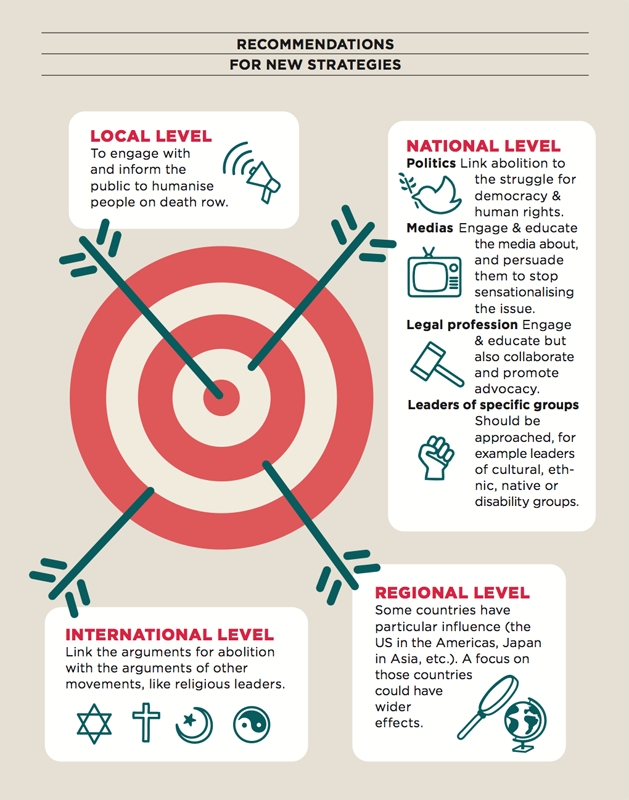 Introducing the session, Chiara Sangiorgio emphasized how quickly the sociopolitical environment in which we work is changing. International law is under attack, undermining efforts to secure abolition. Political alliances are shifting, influencing both lobbying and support. We need to remember, for example, that abolitionists are not alone in campaigning on the death penalty: the United States has recently pressed various governments to support capital punishment. Europe is in political ferment over Brexit, migration, and populism. There is a global legal, security and political argument over terrorism and how to address it. New technologies are creating new opportunities for action but also new challenges and risks for abolitionists.

International law is under attack, undermining efforts to secure abolition. Political alliances are shifting, influencing both lobbying and support.

At local level, the main tasks proposed were to engage with and inform the public and to humanize the image of people on death row. Schools, universities and colleges were priorities. One approach would be to invite former prisoners on death row, or their families, or witnesses, to share their stories. If this was not possible (for example because it was unsafe, or travel was problematic), advocates could collect case studies and run exercises or role plays, allowing members of the public to understand and engage with the issues.
The main strategy was to interact and debate with the public. The group also wanted to use social media to communicate more widely. Advocates could create videos, for example, as Lush did, or host a moderated live Q&A session on social media websites such as Facebook or Instagram.

A range of actors are relevant at national level and a strategy needs to be tailored for each. Key actors include political parties and their representatives; here it would be important to take account of the political climate in the country. Thailand currently has a military-backed government, for instance: it might be appropriate here to link abolition to the struggle for democracy and human rights. Journalists and the media are a second key group. The strategy here might be to educate them about capital punishment and persuade them to stop sensationalizing the issue. A third key group is the legal profession. Here the strategy could be to engage and educate but also collaborate and promote advocacy. For example, the Malaysian Bar Council recently tabled a motion calling for abolition. Fourth, changing public opinion is a key objective. Here the first priority is to involve young people in a gender-neutral way. Families could be reached by focusing on the families of those on death row as well as victims. Finally, leaders of specific groups should be approached, for example leaders of cultural, ethnic, native and disability groups.
The group emphasized the importance of understanding the context. It underlined that the abolition movement cannot take a ‘one-size-fits-all’ approach. Before deciding on a strategy, it is vital to consider the cultural environment, whether the country is in conflict, the quality of its democracy or political system, and other relevant factors.

This group recognized that different regions may have numerous regional groupings (as in Africa) or a single regional body (as in South East Asia). It acknowledged that some regional groups may be particularly hard to influence (the League of Arab States, for example). The group also questioned whether certain regions were in fact homogeneous. The needs and human rights situations in North Africa and Sub-Saharan Africa are very diverse, for instance. Africa is not easily framed as a single region.
The group assumed that Governments lead public opinion. They agreed legal institutions are key actors. It is critical to reach out to Bar Councils, law schools and law students, who are tomorrow’s leaders and influencers. They also agreed about the regional influence of the media. Radio France International reaches much of the francophone world, for example. Where internet access is good, podcasts and youtubers can be influential; where it is weak, WhatsApp is the key social media tool.
Outside the regional systems, the group recognized that certain countries have particular influence (the US in the Americas, Japan in Asia, etc.). A focus on these countries could have wider effects. Abolitionist States could also take a lead in their regions. Could Hong Kong drive discussions of crime and punishment in South East Asia, rather than Singapore, for example? 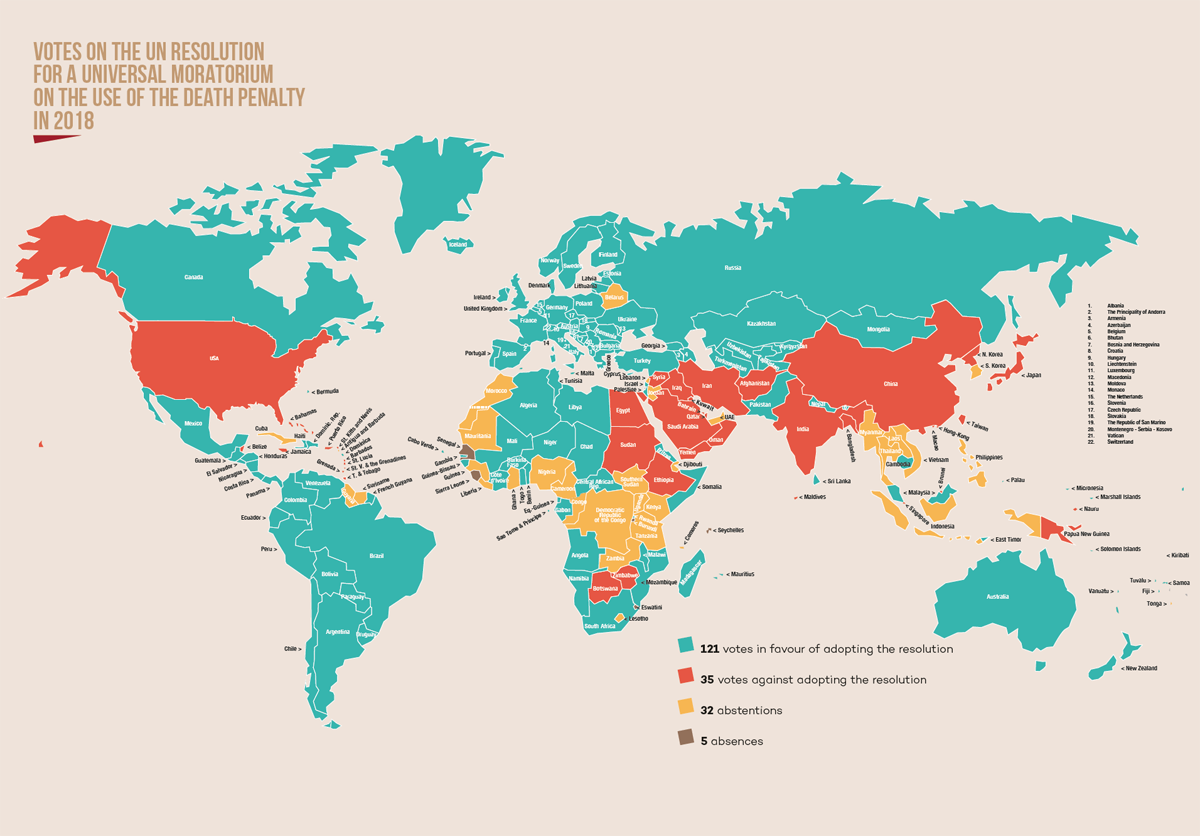 This group focused on States and considered how advocates could engage with them effectively. It emphasized that States need to understand and acknowledge their own histories and positions. One proposal was to link the arguments for abolition with the arguments of other movements, such as the nuclear disarmament movement. Based on their own experience, members of the group discussed how they might encourage global medical associations and doctors to focus on standards, death row conditions, and methods of execution. Religious leaders are another key group at global level: advocates should also engage with them.